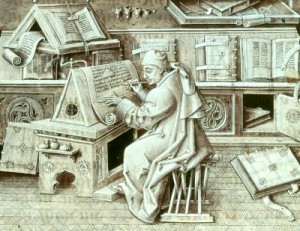 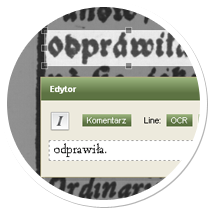 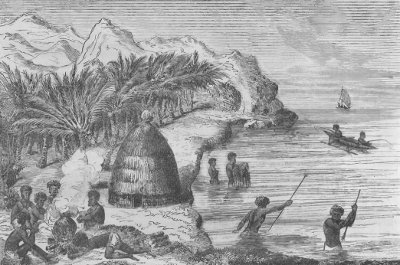 Today we have made available new textual resources, coming from the IMPACT project Polish Digital Libraries dataset. The new resources include 478 pages of full text with the details on coordinates reaching the region, line, word and glyph levels. This is an important textual material in the context of research, especially in scope of the optical character recognition algorithms. The quality of the developed resources is approx. 99.95%. All of them are available for download at http://dl.psnc.pl/activities/projekty/impact/results/.

These resources has been developed for the needs of the pilot work done by Poznań Supecomputing and Networking Center in course of the IMPACT project. The pilot was related to the comparison of two well-known OCR enignes: FineReader 10 CE and Tesseract 3.0.

We would like to invite you to attend the IMPACT event “Project Outcomes” on 26 June 2012, which will take place at the KB National Library of the Netherlands in The Hague. At this event, the IMPACT project outcomes will be presented by IMPACT staff, along with results of several pilots that have been conducted with some of the tools at IMPACT libraries in early 2012.
The IMPACT project (January 2008 – June 2012) is a European research project focused on innovating OCR software and language technology to improve the digitisation of historical printed text. IMPACT is led by the KB National Library of the Netherlands. Our group of partners includes several major European national libraries, universities, research centres and two private sector companies (ABBYY and IBM Haifa). IMPACT recently launched the IMPACT Centre of Competence (www.digitisation.eu), a productive network of experts in digitisation that will build on the research and development of partners from the IMPACT project and continue to improve access to text.

At the end of the project in June 2012, IMPACT is presenting the following results:

Attendance of this event is free of charge, but we kindly ask you to register in advance through http://impactocr.eventbrite.com/. The programme will be made available through this page in the near future.

Tesseract is an optical character recognition (OCR) engine originally developed by Hewlett Packard, in 2005 it was open sourced under Apache license. Its development is now supported by Google. Version 3.0 was released in September 2010 apart from other things this version offers support for Polish language.

Wiki at Tesseract website is a bit messy, that is why I decided to describe my experience with building and installation of Tesseract 3.0. I was working on Ubuntu 10.10 server edition, deployed on virtual machine created using Oracle Virtual Box.

Next, step according to Tesseract wiki is to install dependencies:

Please note, that the name of zlib1g-dev package is misspelled in the wiki.

I’ve tried to install libleptonica (Leptonica is also required dependency) package from default Ubuntu repositories but Tesseract’s ./configure script does not recognize that it is installed. To cope with that I have downloaded sources of Leptonica 1.6.7 from its Google Code website and than followed rather standard build process:

The next step was downloading tesseract-3.00.tar.gz from Tesseract project website. Uncompress archive, go to tesseract-3.0 directory and invoke:

Without ldconfig you might experience problems with launching Tesseract.

Download languages of your choice from Tesseract website and place them (uncompress first) in your tessdata folder (by default /usr/local/share/tessdata).
Now run the OCR using:

Hope that this will be helpful.

As a part of our work in SYNAT project (http://www.synat.pl) we have prepared a survey on the use of OCR applications in Polish digital libraries. Survey is in Polish and is open here till 6th of October 2010.