Please take a look at the agenda of the 2013 edition of i3 / Polish Digital Libraries Conference (in Polish). This conference will be held in Poznań on 16-17 April. We hope to see you there! 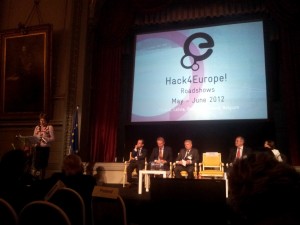 DjVu format is currently the most popular way of publishing digital objects in Polish digital libraries. It gives several interesting possibilities, which makes it to be considered as a serious alternative to PDF format. The main disadvantage of this format is the fact, that to read DjVu documents additional software is required – this format is not supported natively by the most popular operating systems. To help users with installation of such software necessary to view DjVu files, we have prepared a short video material showing how to do it. If you have troubles using DjVu publications, take a look at our video material and other short educational movies for users of the dLibra Framework Web Application.

At the end of April in Wrocław a workshop titled “Digitization in cultural and local administration institutions” was organized by Digitalizacja.pl and Wrocław Institute for Professional Activity. As a part of this workshop Tomasz Parkoła and Adam Dudczak from PSNC were also speaking.  They presented the set of software dLibra/dMuseion/dArceo/dLab supporting institutions in digitization and on-line publishing of collections and e-learning courses on digitization and building digital libraries designed for employees of small cultural heritage institutions, available in the Digital Libraries Federation portal.

Second project in which we are involved since few months is Europeana Awareness. It is a larege international project, which aim is to raise awareness about Europeana – both in the context of benefits from cooperation with this portal and in the context of new possibilities which it gives to wide range of end users. PSNC together with the National Audiovisual Institute are responsible for the project activities in Poland.

Below you can see short movie about cultural heritage in digital form, prepared by the PLATON TV Team.